Student Volunteering Week: Thank You for Defining My Career! 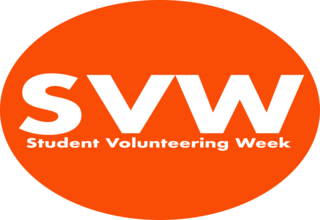 Student volunteering is a vast area, from students who run community projects, volunteer with charities and community organisations, those who run societies and sports clubs for their fellow students; RAG and fundraisers; those who dip their toe with ‘micro-volunteering’ and more. It’s widely accepted that student volunteering is great for boosting employability; civic engagement; creating communities of students; bridging gaps between “students” and “residents” (arguably one in the same when living in the same area), boosting student confidence; developing skills; boosting retention and institution reputation and others.

But what about how that works as long term impact on an individual? We often look at things in the short term as we stick to the rigorous process of academic years and a student lifecycle.  So I thought I’d share my own story of my journey with this campaign and how it’s defined my career.

I’ve been lucky to have been involved in Student Volunteering Week from 2011 form student volunteer participant, organising the week as the University of Leicester Students’ Union Contact Student Volunteering Association President; having a national focus as a student member of the Impact Committee for Student Hubs; leading it in staff roles at De Montfort Students’ Union, Bath Spa University Students’ Union and contributing while at Student’ Union at Bournemouth University. During this time, I also had the privilege of being co-leads on organising the whole campaign for 2017 and 2018 working with wonderful fellow volunteers for the Student Volunteering Network as a Student Volunteering Week Officer in partnership with Student Hubs and NUS, something I adore despite the exhaustion of it all. This is actually the first year in my student and professional career I’ve not been directly involved in organising SVW! Sure, it means less exhaustion but when I realised it did feel a little surreal.

The range of my experiences with SVW has been so vast. There so many experiences that thinking of pulling out select highlights was a real challenge given how much I’ve enjoyed it all. There have been staffing the sleep outs while freezing in February but seeing student enthusiasm and infectious response form students and public; organising awards ceremonies for participants; the time as a student leader when we hired a gorgeous VW Camper Van for a “Volunteering Roadshow” (which quickly broke down and remained parked outside the SU as a hub for the week….); attending planning events on the top floor of the Mayor of London’s office, being invited to a reception and awards ceremony in the Terrace Bar in the Palace of Westminster. There was the national focus of pulling together the campaign for SVW; this was project management on a scale bigger than I realised, suddenly learning how to write press releases which we got national coverage with; seeing that we trended #1 in the UK on Twitter, until David Attenborough trumped us but more than happy to come second to him; being behind the scenes and seeing the variety of events and activities put on by multiple SU’s, Universities, Colleges and charities. 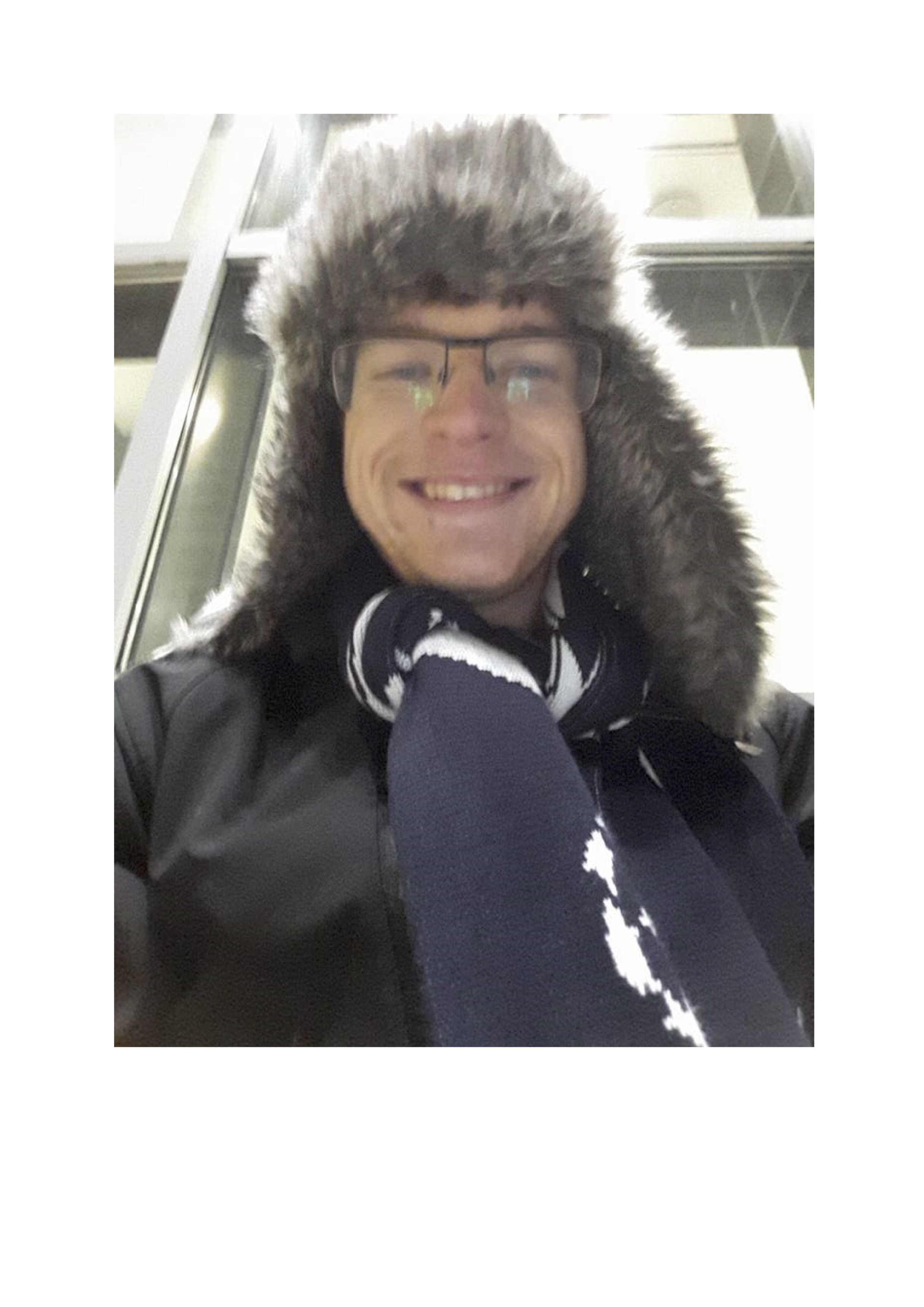 If you work in student volunteering then I’m prepared to make a hefty wager that you’ve seen or used the TED Talk ‘Lollipop Moment’. Student Volunteering Week is mine. During my first year of university while running a very naïve campaign to be an elected sabbatical officer I spoke with someone I’m now privileged to call a friend, Gareth Hughes about student volunteering with the aforementioned Contact Student Volunteers. This was when they were running their events for their SVW campaign. I remember the chat perfectly. It saw me going on a Gladiators style stick bashing thing, attending a social, being convinced to go to one-day volunteering events and then led to me running for President of the Association and everything starting there. I often ask myself ‘What If’ that chat with Gareth never happened? What if SVW didn’t exist? What if there weren’t student led events in SVW? What would my career have looked like?  I wouldn’t have had the great career I’ve had and 9 years later I’m still friends with Gareth as we both have careers in the HE sector, me at Advance HE and Gareth as a Careers Consultant at the University of Bristol.

Thanks to SVW (and Gareth) for being my Lollipop Moment.

This then leads me into the present. In a new role as Membership Manager with Advance HE I get to utilise so many of the skills I learned during my time in various roles with Student Volunteering Week from consulting with organisations and students applying this into areas of understanding how this fits around our Student Success frameworks, such as the Framework for Embedding Employability in Higher Education. Having that oversight from the national focus of SVW has contributed to my own career development. I got to work with multiple sized institutions with different aims, focuses and challenges and help them grow, something I now get to do with Advance HE. 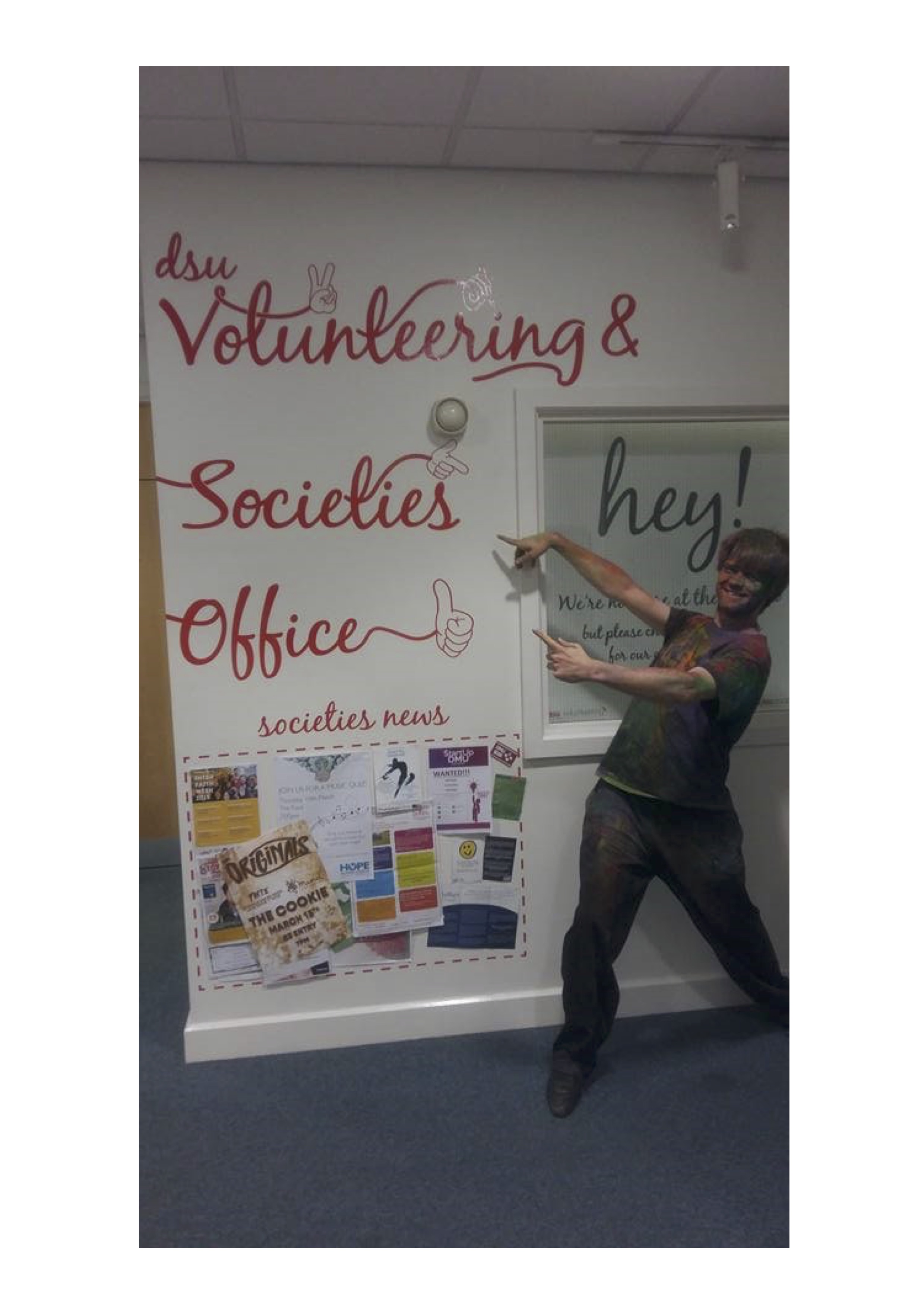 The overall point is that Student Volunteering Week is a wonderful thing and ironically wouldn’t exist without volunteers making it all happen behind the scenes, a wonderful grassroots movement that can often be overlooked. It creates focus and opportunities for thousands of students nationwide, brings together wonderful charities. To the colleagues I’ve had the pleasure of working with on SVW, often sharing stories of exhaustion, to the students whose enthusiasm to grow and create legacies across student civic engagement you’ve had more of an impact on me than I know how to do justice.

Student Volunteering Week has been a journey. It’s had much more of an impact on me than I could ever have hoped to have for the campaign. 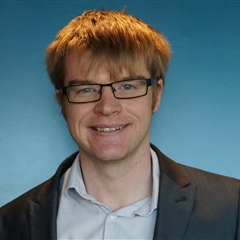 Dan Tinkler is Membership Manager at Advance HE where he works to support members in College Based Higher Education, Small and Specialist Institutions and Alternative Providers across Teaching and Learning: Equality Diversity and Inclusion and Leadership, Management and Governance.

Networking and resources for staff who inspire students to local, national and global voluntary action.